Want to get Healthy?  Take a Nap!
How often do
you hear someone say, “I had a great night’s sleep last night!” or “I feel
refreshed and energetic!”?  Probably not
very often.  Feeling sluggish seems to be
the new normal.  In fact, according to
the National Sleep Foundation, it is
the new normal:  most Americans are
sleep-deprived.  But not getting enough
sleep may be causing more trouble for you than just that pesky drowsy
feeling:  it could be seriously harming your health.

Why aren’t we sleeping?

Centuries
ago, it was common for people to sleep 8 to 9 hours each day.  But now, only about 25% of Americans get 8 or
more hours of sleep.  The reasons we are
not sleeping are many.  We live in a 24/7
society—practically anything we want to do is available around the clock, from
fitness centers to pharmacies to department stores.
We are
working long hours, transporting our kids to activities, trying to make time
for friends and fitness and entertainment.
When the heat is on, the first thing to go is usually sleep.  And it’s usually not even a conscious
decision to skimp on sleep-we just get in bed a little later most nights,
because we are so pressed and pushed.
But even when
we get into bed, we aren’t guaranteed sleep.
The National Sleep Foundation reports that 60% of Americans have sleep
problems.  That means more than half of
us struggle to sleep.  And it is taking
its toll.

“The foundations of good health are good diet, good
exercise and good sleep, but two out of three doesn’t get you there,”1
— Dr. Anne Calhoun, neurology professor,
University of
North Carolina.
Eating
healthily and getting plenty of exercise are not enough to make up for the
danger that sleep deprivation poses to your health.  Adults need around 8 hours of sleep each
night, although some studies indicate that as little as 7 and one-half hours
can be sufficient.  Getting less than
that can have serious consequences:
·
Risk of Cardiovascular Disease:  If you get less than 6 hours of sleep each
night and have disturbed sleep, you have a 48% greater risk of developing or
dying from heart disease and a 15% greater risk of developing or dying from a
stroke.2  Lack of sleep can
cause high blood pressure, blocked arteries, stroke, kidney disease and
dementia.
·
Obesity: Sleep shortage is directly linked to
obesity.  When you don’t get enough
sleep, two powerful hormones that control hunger are disrupted.  The result is that you feel hungrier and have
fewer sensations of feeling “full.”
But
without enough sleep you will also feel more stressed, which encourages the
production of the hormone cortisol in your body.  This hormone causes you to crave
high-carbohydrate foods such as potato chips and brownies, and then deposits
those carbs as fat around your belly—the most dangerous place to store fat.
Pre-diabetes
is also a risk for those who don’t get enough sleep.  Trying to get by on less than 6 hours of
sleep per night can cause impaired glucose tolerance.
·
Compromised immune system:
Why is it that two people can be exposed to the same germs, but only one
of them gets sick?  The reason is the
immune system.  If your immune system is
functioning well, you can ward off many illnesses.  But if something happens to compromise your
immune response, you will be vulnerable to infections, bacteria, viruses, and
even some autoimmune diseases such as arthritis and asthma.
When
you do not get enough sleep, your immune system becomes stressed and
compromised.  You actually have a
decrease in white blood cells, and those that remain are less active.  The result is that you will get sick more
often.
·
Impaired exercise performance:
As if the threat of heart disease, obesity and immune suppression
weren’t enough, lack of sleep can negatively impact your fitness efforts.  It’s not uncommon for people to struggle to
maintain their normal level of workout intensity when they are sleep
deprived.  You just won’t have the energy
to push through.  Also, your muscles
repair and rebuild while you sleep:  if
you don’t allow your body this recovery time, you will be at a significant
disadvantage during your next workout.

The truth is,
if you don’t make time now for adequate sleep, you will likely be forced in the
future to make time for illness.  It may
take significant effort to arrange your schedule and priorities to carve out
time for more sleep, but the payoff will be increased health, energy and
productivity!
Ready for a
nap?
Sources:
1https://www.cbc.ca/news/health/story/2010/12/02/f-sleep-tips.html
2https://www.guardian.co.uk/lifeandstyle/2011/feb/09/dangers-sleep-deprivation
Thanks for reading!  Please tell me about your best sleep in the comments.
Cheryl Love
INHC 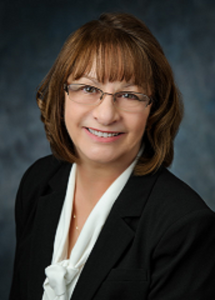